God does NOT punish you when you sin!.

I found this article on the internet… I had an ah-ha moment. I’ve always wondering and thought about this.

So lately I’ve had a lot of hurt and aggression in my heart towards a lot of people. I know that’s not the right thing to do because the Bible says in Mathew 18:15-17. I should go to the person in private and deal with whatever issues we have.

I’m all for that. I believe I’ve come to know myself more that I should and can be able to stand up for myself.

But what if it doesn’t solve the problem and just creates a bigger one? What if you can’t tell a person that they have hurt your feelings or said something about you that just isn’t true?

I’m a sensitive person who tends to feel the need to always explain myself or tell my side. My husband is completely opposite, he’s one of those “they talked about Jesus” people so why care what people say behind your back.

I guess i’m old fashioned because I feel as though if you can smile in my face or tell me you love me, you shouldn’t be speaking bad about me behind my back under any circumstances. Whatever issues we have “WE” fix them.

I’m not really sure who reads my blogs but if you recognize yourself let’s do lunch and work this out, grown people style. It actually hurts me to know that you aren’t being yourself around me.

Do you remember in high school wanting to be around the popular kids? Or wanting to fit in with the “right group?”  Well, I actually never had the problem because the town I went to high school was my hometown so I had lots of family there and I mean lots of family. So because they belonged to so many different groups it was easy to just hang with any of them and be in whatever group I felt like being with. (I had my own group though Scilla, and Shunda)!!!

So then I went away to the military (yes I was active duty for a short while) and guess what because of my winning personality,(I think it may have been because I had big boobs) I was once again with the popular group. Unfortunately this is when I learned that being popular is not the most important thing in life and having everyone like you can blow up in your face in a heartbeat. It taught me alot though, and I did walk away with some lifelong friends.

So now here I am older and once again I thought I had been accepted into the “popular” crowd, until I got in and realized it wasn’t for me. I couldn’t be me, to much drama and then I realized that I am a horrible follower.

You would have thought that by now acceptance wouldn’t be that important to me. Well, NOW it isn’t (that much) but feeling like you are apart of something does make you feel as though life is good, no matter what you are apart of.

In learning myself though I realized I’m an Alpha. I dance to the beat of my own drum, I like to hold court and make the rules. That’s a hard thing to say when coming into someone else’s circle but I’ve accepted that part of me. So if that means I hold court alone then so be it, if I dance alone that’s okay also, and I guess I’ll just have to follow my own set of rules by myself.  But I do know that I will never lower my standards, self-esteem, or anything else about myself to be accepted on anyone else’s terms. I’m too important and too valuable for that.

Acceptance isn’t everything unless you are accepting yourself.

When I first thought about writing a blog, I wanted it to be profound and thought provoking. I wanted it to change the world, I wanted people to stand around the water cooler in the mornings and talk about how what I had wrote inspired them.

I didn’t know that first you had to get someone to read your blog first. (sad face) Then I thought about how much of myself I wanted to reveal about myself. How did I want the world to perceive me, smart or funny, artistic or very serious or what.

Then I realized that there is no amount of words that can describe who I am, and if I wanted a story to be told about me, well then I should tell it.

So while I was taking my shower, using new organic products to help with my 8 year battle with Insomnia,

I had an epiphany.  Open myself up. Bare it all and learn all that I can about me and finally learn not to care what others think or say about me. It’s about time too, I mean I am 31 years old.

Knowing yourself is something I feel like we should all strive to know. It speaks volumes of who you are and how you will carry yourself because you will always know to be true to yourself.

So I hope I’m able to figure out whom me, myself, and I are so that I can be the best me I can be.

I am making myself go grey.

I worry about everything.  I can’t help it. Relaxing is something I enjoy physically but nothing I’ve been able to enjoy mentally in years.

They say stress is a necessary part of life. It helps for creativity, learning and survival skills. It’s only harmful when it becomes overwhelming.

Well, then just call me an overwhelming walking stress ball because that’s what you get from me on a daily basis. The smallest thing will send me over the edge for days.

I’ve tried everything!! I used to drink, I meditate, I pray, exercise, anything and everything you can think of to control your stress level, I’ve tried it.

So from this point I’ve just decided to just embrace that me and stress go hand and hand.  The only thing I can control is how I allow it to control me.

How do you control your stress?

Everyday I get on the internet and try and read everything I can about everything. (One day I will tell you the story why) today, I came across a harmless article about pods, you know the detergent pods.

Well being the person that I am I use nothing but Tide, that’s what my mother uses and as far as all the commercials and price it’s the best. So imagine my surprise when the best detergent pod was Kirkland brand pods (which is Costco’s store brand).

That got me to thinking. How many other things have I not used or people have I not hung out with or pushed to the side because of my initial “perception” of them?

Perception is, in my opinion, the one thing that is every human has as a weakness. We think we know when we actually have no idea (thanks MTV).

I would love to stop over thinking things and people and to take them exactly how they are and nothing more. So I’ll start with the woman in the mirror and hope more people do the same. 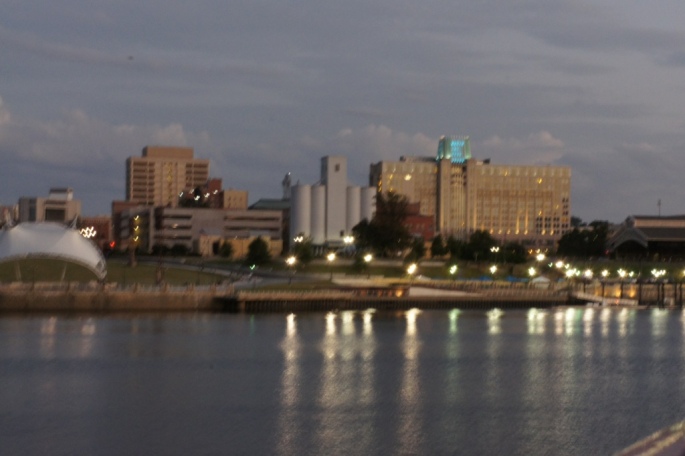 No words can describe the smile that I have on my face right now.

In the past week, I’ve spoken with a few on my friends who no matter the distance, have always been there for me.

It made me feel good because these are people who I have meet at various points in my life and for some reason they continued to stick around and care about me no matter what or how far I got from them. I love the feeling that it has given me, to be able to pick up and speak like no time has passed.

Friendship is a funny thing. So people are really good at it and others are not. Some people mean well and others…. well let’s just say we have all ran into “that” friend before.

So since 2013 is the year to work on the things I see wrong with myself (since I have already learned to value my opinion of myself over anyone else’s) I plan on being a better friend to those whom I care about. Not everyone gets this big eclectic group of friends that I have collected from all walks of life and from all parts of the world and trust some of them are some characters but they have some of the biggest shoulders a girl could ask for.

I don’t have to name names because you all know that I’m speaking of you and you should know how much I value your friendship. Love you guys lots.

I’ve been M.I.A for awhile, had to take some time to get back to being me.

It’s hard when someone wants you one way and you think that it’s the right way to go but you realize that when you look in the mirror and don’t recognize yourself, something has to change.

So I’m not going to get into some long post tonight just something to exercise my fingers a bit and get me back in the habit of writing and loving it.